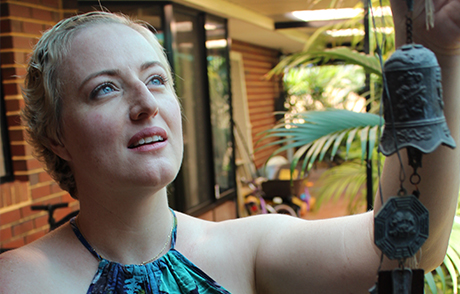 The day after her son was born, Farrah was diagnosed with breast cancer that had spread to the lymph nodes in her armpit. With two small children – a new baby and a one-year-old – Farrah and her partner found themselves in an extremely challenging situation.

Before her cancer diagnosis, Farrah had been at home on maternity leave with her firstborn. The company she worked for had significantly downsized while she was on maternity leave, leaving her unemployed. Her partner was working and their budget was tight but manageable on the one income. Farrah and her partner were careful with money, and had overpaid their mortgage to get ahead.

I’ve got that insurance there, sitting in an account that I continued to pay money for my whole life. Why can I not access it? And there’s not even a special circumstances exception.

Farrah asked her bank about suspending her mortgage repayments, but was told it was not usually possible in situations like hers. Facing cancer treatment, Farrah didn’t have the energy to pursue further options with the bank. She settled for rearranging her mortgage to repay the minimum amount.

Farrah found the information about financial support in the hospital brochures confusing. Mainly, she found out about financial help through talking to other people with cancer:

When you get diagnosed with cancer, there’s an overwhelming flow of information that you don’t really absorb very well, unless you’ve someone right next to you, by your side, making sure you’re on top of that stuff. I think sometimes the only reason I could access the things that I’ve used is because I’ve happened by accident to meet someone who knew about it.

Farrah has helped others facing cancer by telling them about the services she found helpful.

Farrah thinks that a lot like parenting, most cancer patients are new to cancer. This means that they don’t know what might be helpful for them:

It’s a bit like having a baby. People take it for granted that you know what you’re doing, but really you’re kind of going by feel. And I think the thing for me was I was going by feel completely with my breast cancer diagnosis.

The financial pressure of her diagnosis placed Farrah and her partner’s relationship under strain. This was made worse by medical complications from an injury her partner had sustained. Sharing finances was difficult:

My partner and I have had a difficult time in the relationship and it suffered as a result of my diagnosis. We were kind of in a separation at the same time as having cancer. Where we once used to share our money, we were a partnership, there’s now very distinctly your money and my money.

Even though Farrah had her treatment in the public system, she was surprised by how much cancer costs:

If someone had said to me, ‘When you get cancer, it costs you money,’ it wouldn’t have occurred to me what that meant until now.

Things that you could partake in if you had the cash. If you have a free flow of money you can decide what you want to do to try and combat it, what works for you and what you’d like to investigate as an avenue for help. Not everyone has that.

Childcare was also a problem. Having on-site childcare at the hospital would have helped Farrah:

It makes complete sense to me that there should be a crèche for young mothers who have cancer, so you can put your baby somewhere while you have an appointment.

Other things, like family photographs, became important to Farrah:

You just want family photos. So I had photo sessions with me and my children. That’s a “lovely to have” thing, not a necessity, but if you ask someone with cancer what their thoughts are, those things that just jump out of you. It’s not an essential thing for my treatment, but it was essential to me at the time.

Friends, family, and her community donated to help Farrah and the Western Australian Cancer Council helped her with bills. This support has made a big difference for Farrah and her young family:

I’ve been very lucky that I’ve had donations given to me… that money has been essential for me in so many ways, just being able to pay car registration or my extra heating bill.