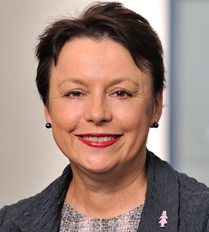 Kathryn is Chair of the Board of the CSIRO and is on the boards of listed companies National Australia Bank, Djerriwarrh Investments and Medibank Private. In the non-for-profit sector, Kathryn is Inaugural Chair of Watertrust Australia Limited, as well as being a board member of the Grattan Institute, The Myer Foundation and the Champions of Change Coalition. Kathryn was a member of the board of the Reserve Bank of Australia from 2013 to 2018, Board Member of Boral Limited 2014 to 2021, including as Chair from 2018 and Non-Executive Director of Incitec Pivot Limited 2014 to 2019. She is a former President of Chief Executive Women (CEW), a former Chair of Parks Victoria and the Melbourne Recital Centre and a former board member of the Australian Centre for Innovation. Prior to becoming a non-executive director, Kathryn enjoyed an extensive senior executive career in banking, manufacturing and logistics across Australia, New Zealand and Asia, after commencing her career as a petroleum engineer with Esso Australia and working as a management consultant with McKinsey & Co. Kathryn was awarded an Officer in the Order of Australia in 2019 for her distinguished service to business and finance, to the central banking, logistics and manufacturing sectors, and to women. She has also been awarded an honorary doctorate in engineering by the University of Queensland and in business by the University of New South Wales. Kathryn was diagnosed with inflammatory breast cancer in 2012.

Jacinta is an Aboriginal woman from Townsville who has worked in Aboriginal and Torres Strait Islander health in higher education for more than two decades. In her current role, she is Pro Vice-Chancellor (Indigenous) at Monash University. Jacinta was diagnosed with breast cancer in 2003. 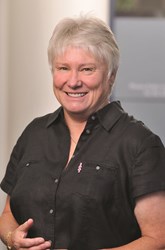 Raelene represented Australia in track and field at three Olympic Games. She won three Olympic silver medals, seven Commonwealth gold medals and two Commonwealth silver medals. In 1974, Raelene was made a Member of the Order of the British Empire (MBE) in recognition of her outstanding sporting achievements. She was made a Member of the Order of Australia in 2007, in recognition of her work with cancer organisations, particularly BCNA. In 2013, she was named in Australia’s Top 100 Sportswomen of All Time. Raelene is one of the National Trust’s 100 Living Treasures, a member of the Australian Track and Field Hall of Fame and one of the Sport Australia Hall of Fame’s 39 Legends of Australian sport. Raelene was diagnosed with breast cancer in 1996.

Bruce trained as a surgeon in Melbourne and then as a breast specialist at Memorial Hospital in New York. He came back to Melbourne in 1998 as a consultant surgeon, and was appointed Director of the Breast Service at Royal Melbourne and Royal Women’s Hospital in 2007, and Director of the Breast Tumour Stream of the Victorian Comprehensive Cancer Centre in 2015. He has been active in many organisations, including Cancer Australia, the Royal Australasian College of Surgeons, the Clinical Oncological Society of Australia, and Breast Cancer Trials. His interests relate to systems for optimal breast cancer care and research to tailor the extent of breast cancer treatment to the individual patient. 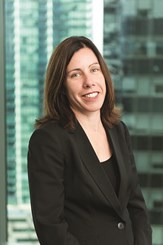 Clare was a partner with PwC for 15 years, with a focus on risk, controls and governance. She was the lead Internal Controls partner across a number of major Australian companies. Clare has three sons and balances work with family. She is a member of the St Kevin’s College Toorak Audit Committee. Clare lost her mother to breast cancer.

A lawyer by profession, Sarah holds both a Bachelor and a Master of Laws and a Bachelor of Business Administration. She worked at Herbert Smith Freehills and the Australian Securities Exchange (including through the global financial crisis) before joining Westpac in 2011. Sarah is an ally for GLOBAL (Westpac's Employee Action Group for LGBTIQ+ employees) and also a member of Women of Westpac. In 2014, Sarah was diagnosed with breast cancer; a story all too familiar among young women in her family. Sarah chose to continue working full-time throughout treatment, and the benefits she observed sparked a personal mission to challenge the way organisations – and each of us as individuals – think about serious illness.