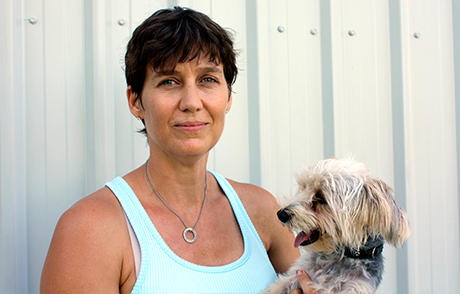 Dannette and her partner were busy with their two young daughters, managing their rental properties and a business consulting company when Dannette was diagnosed with a rare form of breast cancer in 2015. The costs of her cancer treatment not only affected the family business, but also their goals and plans.

While they had private health insurance, Dannette was shocked by the high out-of-pocket costs for some of her treatments, particularly surgeries:

The out-of-pocket costs on the surgeries, I thought that my health fund would cover more than that.

As her cancer was considered rare, Dannette’s doctor recommended an MRI scan. MRI scans cost several hundred dollars. This was another cost that was not covered by Medicare or Dannette’s private health fund:

Getting an MRI, none of that is covered with the health fund.

Dannette will have follow-up MRI scans for the rest of her life. She will pay the full cost of each one out of her own pocket.

Dannette and her family had sold a business in the last five years and put the money in a ‘nest egg’ for a new home. Unfortunately, this money had to be used to cover the costs of her cancer treatment and to top up the family’s reduced income.

Dannette’s cancer had a significant impact on their business. She couldn’t spend as many hours at work as she did before her cancer diagnosis. Dannette felt that her usual standard of work, something she was proud of, had slipped because of the cancer treatment:

I can't do two things at once anymore. I have to focus on just one thing at a time. New things are quite challenging. Little errors, I felt, put me in an incompetent light in the clients’ eyes. I never asked them but they knew what I was going through so I'm hoping they gave me a bit of leeway.

Her partner also took time away from his consulting work to support her during her chemotherapy treatments. While this support was invaluable to Dannette, the family’s income suffered. Her partner’s consulting income decreased by about two thirds because he was not able to take on new clients while he gave Dannette the help and support she needed. The consultancy business is picking up again now that Dannette’s active treatment is completed, but the loss of income while Dannette was in treatment was significant.

Dannette was able to claim a life insurance payout, which helped the family to cope:

We were lucky that we got my life insurance payout. That did help to counter the loss in family income.

Even with the life insurance payout, their plan to build a home has been delayed because of the costs of cancer treatment. The family of four continues to live in their two bedroom unit:

Our house got postponed. We were about to start the building process when I was diagnosed and so everything got put back on the backburner.