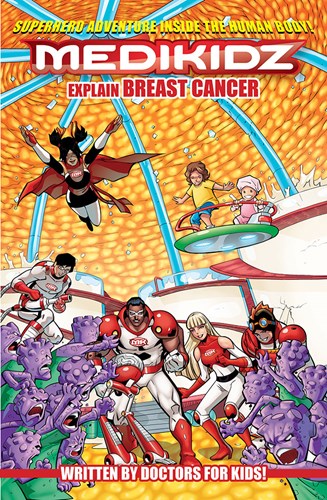 “I was just speaking to a patient who said that the [Medikids] comic that I ordered for her children when I ordered the My Journey Kit was fantastic and she said her boys found it very useful. The older one read it and then was able to explain things to his younger brother and she said they really got it, which was fantastic.”

Bill’s mum is going back to work, but Bill is worried about her breast cancer coming back. The Medikidz come to the rescue to help Bill better understand his mum’s condition by taking him on an adventure through Mediland.

Bill’s mum is just one of millions of people who are living with medical conditions that they find hard to explain to children. The MEDIKIDZ explain breast cancer comic helps both children and parents understand a difficult topic in an engaging way. The comic content has been reviewed by breast cancer specialists.