Connecting through a shared experience 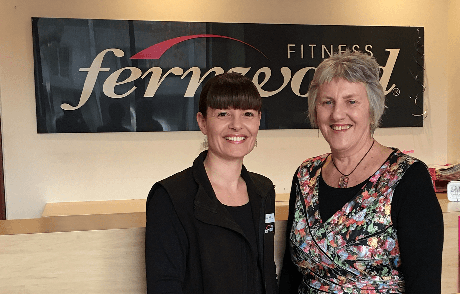 I had always been rather cynical about gyms, even though I had never set foot inside one. despite this, my daughter convinced me to join Carlton Fernwood in January 1999 at the time she was joining. I can’t believe it’s already 17 years ago. We commenced going to classes together, which was a lot of fun.

I was diagnosed with breast cancer in November 2011. Following my treatment of surgery, chemotherapy and radiation, it took me some time to get back into a routine of regular exercise. Towards the end of 2015, I read in The Beacon that BCNA had formed a partnership with Fernwood. I found this of great interest and began to wonder what Fernwood Carlton could do for women with breast cancer.

I realised that there were probably quite a few members at my gym who had been affected by breast cancer and may be interested in sharing their stories and getting some support from each other. I had become very aware of and passionate about the advantages of exercise in assisting in recovery from breast cancer and also the growing evidence around exercise reducing the risk of recurrence of breast cancer.

I contacted Janet Saltarelli, manager of Fernwood Carlton, offering my support to any members who had experienced breast cancer. Janet was very quick to respond and very enthusiastic to become involved. We met and came up with the plan to hold an information session and a gentle exercise and stretch class.

Janet spent significant time promoting the event and organising the day, and several Fernwood staff members attended and were very supportive. It was also great to have some BCNA staff members present and involved in our information session. We had a very successful day, which was greatly enjoyed and appreciated by the women who attended.

Since the information day, I have run into some of the Fernwood members at the gym who attended and we have connected in a positive supportive way that would not have happened prior to this event.

* Since writing this story, Bernadette was awarded a scholarship from BCNA and Fernwood to study a Certificate 3 in Fitness, which she completed in November 2016. She has held another women's health information session at Fernwood.