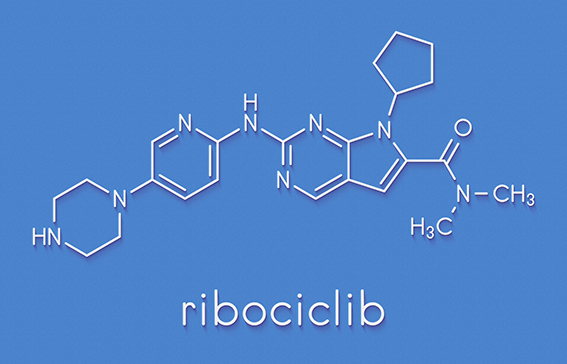 Breast Cancer Network Australia (BCNA) is pleased to report an amendment to the Pharmaceutical Benefit Scheme (PBS) indication for ribociclib (Kisqali) to include peri and premenopausal women from 1 November 2019.

Ribociclib belongs to a new class of drugs called CDK inhibitors. It was added to the PBS on 1 July 2018 as a first line of treatment for ‘non-premenopausal’ patients (including men) newly diagnosed with hormone receptor positive, HER2-negative metastatic breast cancer.

The addition of peri and premenopausal women was made after the release of data from the MONALEESA-7 trial, which found an overall survival benefit for women aged under 59 years (peri or premenopausal) treated with ribociclib plus hormone therapy compared to hormone therapy alone.

At 42 months, the estimated overall survival rate was 70.2 per cent for women treated with ribociclib plus hormone therapy compared to 46.0 per cent being treated only with hormone therapy.

BCNA CEO Kirsten Pilatti said the amendment follows continued lobbying by BCNA for greater access by to the drug.

‘The biggest benefit of these drugs is that they can significantly slow down the progression of this incurable disease when combined with a hormone therapy drug. Many women taking these drugs report they experience a good quality of life without the toxic side effects of chemotherapy treatment.’

Ribociclib has been shown in clinical trials to slow down the progress of metastatic breast cancer by more than 25 months and is generally well tolerated by women.

BCNA continues to work with stakeholders to have the CDK inhibitors subsidised for later line treatment.