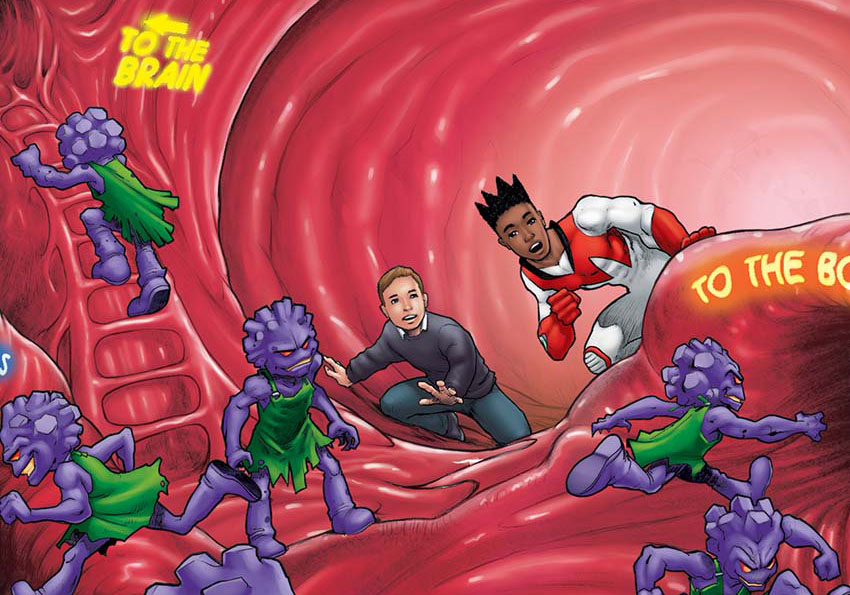 Medikidz - in collaboration with Breast Cancer Network Australia – has launched animated versions of its educational comics.

The Medikidz comics were launched in 2017 to explain complex medical information about a range of conditions including breast cancer, for children aged 8-12.

The comics were the brainchild of Dr Kate Hersov, after becoming frustrated by not having credible information for young patients that was directed at them, not their parents.

The Medikidz are a group of five larger-than-life characters, each specialising in a different part of the body. They come to the aid of a child struggling to understand a medical condition and take them to Mediland—a planet in outer space shaped just like the human body.

The content is written by doctors and produced in association with leading patient advocacy groups and professional bodies. Real-life young patients were identified to star in the story, and their personal experience helped form the plot. A panel of young patients, along with experts in the specific medical field, reviewed each script.

‘Being diagnosed with breast cancer can be a scary time for all family members, particularly the children who can get confused by the symptoms and the effects of treatment,’ said BCNA CEO Kirsten Pilatti.

‘The Medikidz comic books have become a wonderful and much-needed resource for thousands of Australian families.

‘Having an animated version families can watch on their tablet or smartphone is going to benefit more Australians and help on their breast cancer journey,’ said Kirsten.