After three years as CEO of Breast Cancer Network Australia, Christine Nolan has resigned to spend more time with her daughter who was diagnosed with metastatic cancer in 2015, her son-in-law and her two-year-old granddaughter.

Under Christine’s leadership BCNA has maintained and extended its reputation as a leading not-for-profit organisation, achieving recognition in 2017 as one of the five most innovative not-for-profits nationally.

Over the past three years, BCNA has had a number of significant advocacy successes, including improving access to superannuation funds for terminally ill Australians and the PBS listing of Kadcyla and Perjeta. In 2017 BCNA oversaw the preparation and release of The Financial Impact of Breast Cancer report, which showed more than a quarter of privately insured women were left with out of pocket costs of more than $21,000 as a result of their breast cancer treatment. In 2018 BCNA will release its State of the Nation report, which will canvas the experience of thousands of Australian breast cancer survivors and provide a forward program for BCNA’s future advocacy work. 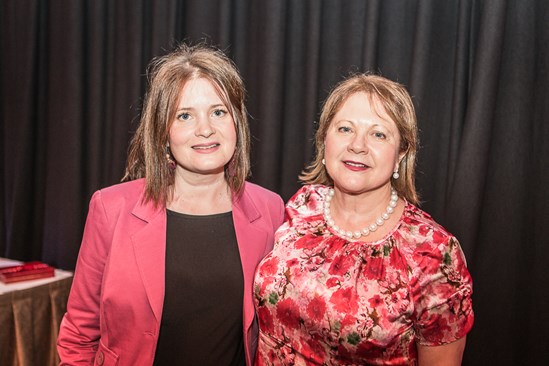 BCNA’s metastatic breast cancer program also has gone from strength to strength with the development of an advocacy charter, the new edition of the Hope & Hurdles resource and specialist information forums for people living with metastatic disease.

Since 2015, BCNA has also significantly expanded its programs and services, doubling the number of information forums held across the country and transforming BCNA’s call centre into a Helpline capable of providing a higher level of support to members. BCNA has also extended its suite of resources with information in a range of languages and specific resources for people with a disability and carers.

New events have been added to the BCNA calendar including the annual Pink Lady Match, an expanded Pink Lady luncheon program, a Queensland Pink Lady Race Day and Ride Daylesford. Several new corporate partnerships have been established, including the addition of Red Energy as a Major Partner.

In addition to this, BCNA has made significant progress in building its digital capabilities and will continue to do so as part of its current digital transformation project.

BCNA thanks Christine for her hard work and leadership over the past three years, and wishes her and her family all the best for the future.