BCNA calls on the Queensland Government to take action on reconstruction 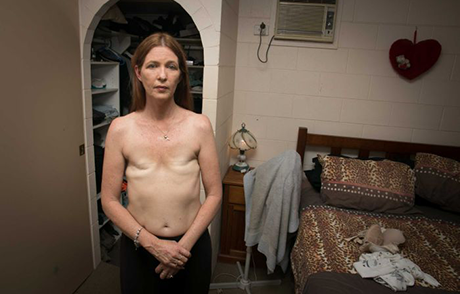 The letters were sent amid growing concerns, despite repeated advocacy efforts by BCNA targeting the Cairns and Hinterland Hospital and the Queensland Department of Health.

Access to breast reconstruction in Far North Queensland is a concern for BCNA. The organisation learnt that 58 women have been waiting more than five years for a reconstruction after breast cancer surgery. This week, this figure was updated to 101 women.

Following pressure by BCNA and women affected by the lack of access to reconstruction surgery, the Cairns and Hinterland Hospital brought in specialist breast clinicians from Brisbane for a special assessment clinic. However, the clinic found that only nine out of the 101 women assessed were eligible for reconstruction.

BCNA queries why only nine women were eligible.

‘We know the assessment of suitability for surgery is influenced by a number of factors such as smoking status or Body Mass Index (BMI), however this seems to be an unacceptable low rate of suitability,’ BCNA CEO Christine Nolan said.

‘These women have been put on an emotional roller-coaster through this process and now feel very let down after being told they are not eligible,’ she said.

In addition to the high ineligibility rate, BCNA’s letters also list two other areas of concern – the lack of communication or follow-up for those who are on the waiting list and access to breast reconstruction for women who may be diagnosed in future.

These concerns were identified through BCNA’s consultations with women in Far North Queensland.

‘We feel we have explored all possible avenues with the hospital and the department. We believe these significant healthcare issues need government intervention. These women have been let down by the system,’ Christine said.

‘BCNA wants to work with all stakeholders to find the best possible solutions, not just for those on the waiting list, but also for the women who will be diagnosed in the future,’ she said.