Berlei have created a special Pink Bra collection where $10 from the sale of each bra will be donated to BCNA in support of those affected by breast cancer. The collection includes a post-surgery bra, two t-shirt bras and a wirefree bra, and will be available to purchase online and instore from 26th September.

This uplifting campaign celebrates the importance of having the right support when going through breast cancer.

These ambassadors are joined by BCNA members Wendy Dean, Natalie Matthews and Kellie McClaren and Lan Crowley along with the family members and friends that have supported them through their breast cancer experience. See their stories below.

"It wasn’t until the shoot started that I realised I’d never properly articulated how much I appreciated and loved these amazing humans for what they did to support me throughout my journey.” - Wendy Dean

Wendy was first diagnosed with breast cancer in 2016, then again in 2017 and 2018. She is a single mum with two teenage children, who are her greatest supporters along with her group of best girlfriends. "It wasn’t until the shoot started that I realised I’d never properly articulated how much I appreciated and loved these amazing humans for what they did to support me throughout my journey. With this realisation and no script, I spoke my truth to each person with words of love and appreciation pouring from my heart. It was also therapeutic for all as I feel these amazing women had undervalued what an important part they played in my recovery and how much they meant to me." 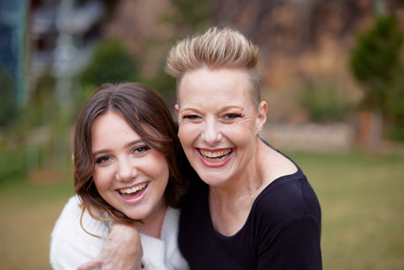 Diagnosed in 2020, Natalie is 48 and has metastatic breast cancer, which means the cancer has spread to other parts of her body and is incurable. She’s a mum of two boys, and in her words, ‘they are why I am fighting so hard to stay around’. Nat also has amazing support from a group of friends nicknamed the Ninjas, who work hard on helping her to create lasting memories, they also joined her in the Berlei campaign which was a very memorable experience.

A breast cancer diagnosis was a big shock for Lan at 43. ‘I felt I was too young, too fit and healthy, too Asian and no history of cancer in my family’. Seven years on she has become an advocate for better information and support for those diagnosed with the disease. ‘When something like this happens to you, it also happens to your families, your friends, your communities’. Lan’s three teenage children are her greatest supporters.

Kel was diagnosed with breast cancer when she was just 27 years old, her dad was her biggest supporter. Her involvement in the Berlei campaign coincides with an important milestone, celebrating 10 years of survivorship. Kel is incredibly passionate about helping others who are diagnosed and three years ago became a counsellor. ‘I love sharing my knowledge, compassion, words of encouragement and my survivorship with people.’ 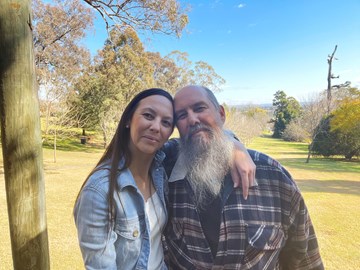 Hear from our ambassadors

Stuart Diver was the sole survivor of the 1997 Thredbo landslide which killed 18 people, including his first wife Sally. He found love again with his second wife Rosanna, who shortly after their honeymoon, was diagnosed with breast cancer. After giving birth to their young daughter Alessia, Rosanna was then diagnosed with metastatic breast cancer and sadly passed away in 2015. Stuart is still living in Thredbo where he is raising Alessia.

Aunty Pam Pederson is a Yorta Yorta Elder, an advocate in the Koorie Court system, an Aboriginal community leader and an accomplished sports person. Just before Mother’s Day 2016, she was diagnosed with breast cancer. Her motto is, “If you can dream it, you can achieve it”

After winning 12 medals at the Olympic and Commonwealth Games, Australian Olympic Legend and BCNA board member, Raelene Boyle AM, MBE, was diagnosed with breast cancer in 1996. Since then, she has worked tirelessly to raise awareness for and support others with the disease.