Twelve months ago, if anyone had told BCNA that in its 20th year of partnership, Bakers Delight would break with tradition and run the Pink Bun campaign in October, promote virtual Pink Buns alongside real ones or launch the Pink Bun campaign via video conference, we wouldn’t have believed them.

But with the benefit of 2020 hindsight, these exciting innovations are more demonstrative of BCNA’s partnership with Bakers Delight than they are surprising as our partnership has always been characterised by a ‘can-do’ spirit and willingness to help.

In the early days, BCNA founder Lyn Swinburne recalls the time when she bumped into Bakers Delight co-Founders Roger and Lesley Gillespie at a dinner where she’d been the speaker. She was talking about her passion to establish a national organisation for women with breast cancer. 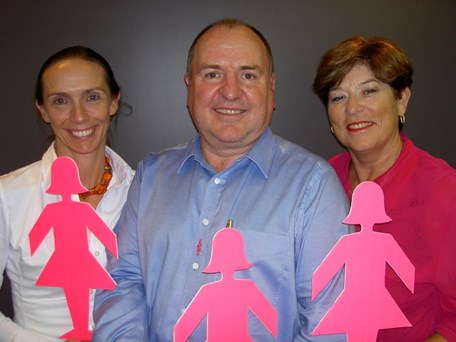 ‘I had no idea what I needed in those days. I was running on energy and passion and not much structure. Women were contacting me for help and I was running around trying to plug gaps everywhere. When I finally worked out I needed an office space and everything that came with it, Lesley and Roger agreed in a heartbeat. The rest, as they say is history!’ says Lyn.

Later, in the early naughties, Bakers Delight held their annual Conference on the Gold Coast. Lyn spoke to the delegates about BCNA and what she was trying to achieve for women with breast cancer. Later that day she flew home to Melbourne and ‘that’s when the excited calls from Lesley started coming!’ Lyn says.

‘That same evening after the Conference dinner, someone decided to start taking bids on franchisees and staff who agreed to shave off their moustaches and beards for BCNA.  Someone – a local hairdresser I think – produced a pair of shears and they started going silly,’ Lyn recalls.

‘Even Roger Gillespie got involved; he put a big price on his own head and was shaved clean as a bowling ball. We raised a very large sum of money that night!’

‘This year, even as COVID-19 hit, while Bakers Delight CEOs Elise Gillespie and David Christie were focused on their hundreds of bakeries and extended team, they still called to make sure we were ok, and offer any help we may need. It is true friendship and true support,’ says BCNA's current CEO Kirsten Pilatti. 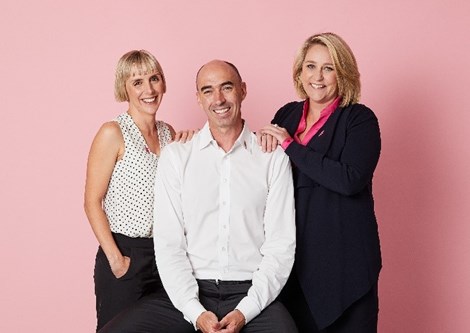 When you look at our extraordinary partnership in the rear view mirror, the additions to the Pink Bun campaign in 2020 are not out of character. In a year when Bakers Delight and its 383 franchisees could have said ‘it’s just too hard’, instead they asked ‘what can we do differently to make this work?’

So in recognition of our incredible longstanding partnership, we’re asking you to support your local Bakers Delight. While you’re in store buying your Pink Buns, pick up a loaf of bread as well. Tell your local franchisee how much you appreciate their support and then tell your friends and family on social. And don’t just visit your local franchisee in October; be sure to support them all year round.

For more information about the 2020 Pink Bun campaign and how you can get involved, click here.