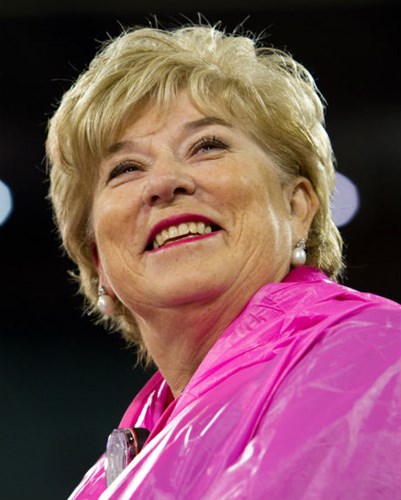 Lyn Swinburne was diagnosed with breast cancer in 1993 and underwent surgery, radiotherapy, chemotherapy and hormone therapy. As a result of her experiences, she became a committed advocate on behalf of women with breast cancer and their families and in 1998, she founded Breast Cancer Network Australia (BCNA).

In 2000, Lyn was one of three Australians invited to sign the Charter of Paris Against Cancer at the Elysee Palace in the presence of the French President, Jacques Chirac.

A passionate advocate for consumer input, Lyn represented women with breast cancer on a number of state, national and international committees. She also received numerous awards, including an Order of Australia.

While Lyn retired from her role as Chief Executive Officer of BCNA in November 2011, she has remained an active advocate in the breast cancer community, recently being named as one of the Australian Financial Review & Westpac's 100 Women of Influence for 2016.

Lyn is currently the chair of the Melbourne Royal Women's Hospital board.